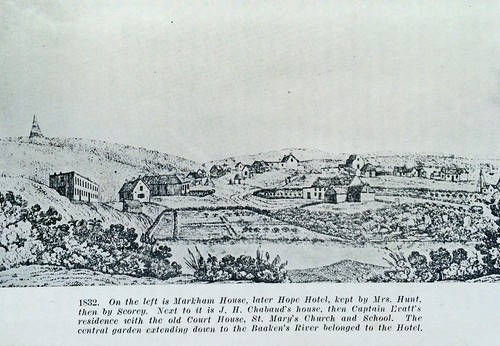 On the left is Markham House, later the Hope Hotel, kept by Mrs Hunt then by Scorey. Next to it is JH Chabaud’s house, then Captain Evatt’s residence with the old Court House, St Mary’s Church and School. The central garden extending down to the Baaken’s River belonged to the Hotel.