You are here: Home / Business / Just how DID the EV’s do at this years Jaguar Simola Hillclimb?

Knsyna once again hosted the annual Jaguar Simola Hillclimb from 3 to 5 May 2019. Rain and wind did much to dampen the record breaking times of the previous year and many ‘interruptions’ served to delay the timeous completion of the racing. The teams that had the best chances of a win on the day were apparent from the word go with their professionalism and impeccably prepared cars.

MyPE was there to see the Electric Vehicles which had entered the hillclimb for the first time in the event’s history – especially as this shootout presented a chance to compare the Jaguar EV’s to their Petrol Guzzling stablemates.

The hillclimb presents a special set of challenges on it’s 1.9 km narrow ribbon of tarmac and is not for the faint of heart speeding up the hill at 250 km/h.

At the 2019 Jaguar Simola Hillclimb there were 4 vehicles entered in the A8 EV Class – three Jaguar I-Pace EV400’s and one BMW i8 Hybrid. The Jaguars were all electric whilst the BMW i8 has a 7.1 kWh lithium-ion battery pack that delivers an all-electric range of 37 km driving the front wheels and a 1.5l turbocharged Internal Combustion Engine driving the rear wheels.

The Jaguar I-Pace EV400’s are all-wheel drive via two motors powered by a 90kWh LG Chem lithium-ion battery. The battery management system was developed by Jaguar Land Rover as were the electric motors by JLR engineer, Dr. Alex Michaelides. Each motor delivers 147 kW and 350 N?m of torque, for a total power of 295 kW and total torque of 516 700 N?m. The road car is able to sprint from 0–100 km/h in 4.8 seconds, and to an electronically limited top speed of (200 km/h).

The fastest times over the weekend in each class were:

An interesting comparison came from two similar vehicles to the I-Pace EV400’s in the two F-Type Internal Combustion Engined SVR’s which posted quickest times of 47.032 (Marius Roberts) and 46.439 (Ashley Oldfield). The quickest times from the EV400’s were: 49.588 (Deon Joubert), 49.950 (Mike Briggs) and 50.332 (Shaun Watson-Smith) – still on the money in terms of matching the pace of their fuel burning sisters!

Jaguar have rolled out 60kW public fast chargers which can supply 100km of range in 20 minutes – two of which are available in Port Elizabeth.

Port Elizabeth based www.straton.co.za has some special reasons to support the 3 Jaguar EV’s – Straton has installed the electric vehicle charger for the Jaguar Network in Port Elizabeth and Jeffreys Bay, Michael Briggs was at school with Michael Straton AND EV’s are the right thing to drive in support of renewable energy and Solar Power Generation.

Images and Video of the starts at he 2019 Jaguar Simola Hillclimb: 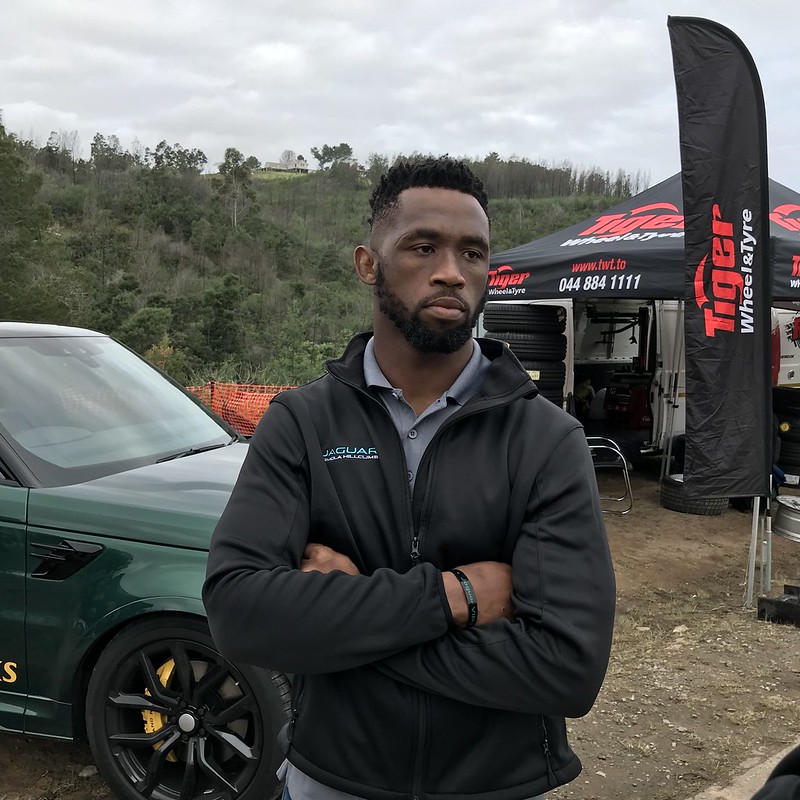 You can help the quiet revolution along by installing an EV Charging station outside your Guest House, Hotel, Coffee Shop, Restaurant, Shopping Centre or in your forecourt. Contact Straton Electrical for EV Charging Station options.

PE Business News: Business ready to back Ramaphosa’s government
Next Post: We remain committed to Building One South Africa for All