You are here: Home / Entertainment / Music / An Evening of Collaborative Artistry

This June the Port Elizabeth Music Society will present “An evening of collaborative artistry” by John Edwards and Friends. The John Edwards and Friends concert will feature “something for everyone” with live performances by a number of the Eastern Cape’s top musicians from a wide range of genres. The concert will take place on June 13 at the NMMU South Campus auditorium.

Well known jazz pianist, composer and educator, John Edwards moved to Port Elizabeth in January 2010, and has been performing together with a variety of artists around the Bay. According to Edwards, “the concert aims to reflect Port Elizabeth’s diversity of musical talent, and audiences can expect an evening of collaborative artistry by well known local musicians from both the jazz and classical fraternities.”

Although his preferred medium is acoustic jazz, Edwards’ musical versatility has enabled him to perform, compose and record in many musical contexts, including rock bands and jazz/classical fusions. He is currently lecturing in jazz studies at NMMU.

Edwards’ “friends” who will be performing together with him at the concert include respected Port Elizabeth guitarist and bassist, Tim Robinson who recently moved to Johannesburg. Robinson, Edwards and drummer, Devon Van Rooyen will regroup as the “Three’s Company” jazz trio to perform some exciting jazz numbers. They will also be joined by top-notch trombonist Kyle Du Preez and rising star Lincoln Adams on trumpet in a reunion of the “Groovin’ High Jazz Quintet” which performed to significant acclaim at numerous events last year. The group’s repertoire will include several of Edwards’ original compositions in addition to well loved jazz standards such as All Blues, Cheesecake, Nica’s Dream and Caravan.

The concert will also feature a unique fusion of composition, orchestration and improvisation with the merging of a string quartet, led by cellist and composer Keith Moss, with a jazz quintet led by Edwards.

The string quartet will include David Green and Melissa Witbooi on first and second violins respectively and J.F. Viljoen and Moss on viola and cello. Bassist, Alec Mackay will guest with the jazz quintet. The collaboration will perform a range of works including Blue Rondo a la Turk, Round Midnight and Nostalgic Waltz (an original work by Edwards.)

Since March 2011, Edwards has been working and performing with versatile Port Elizabeth bassist, Andrew Warneke. Warneke and Edwards, together with Devon Van Rooyen on drums will be performing pieces by Chick Corea, Bill Evans and a new work by Edwards entitled Ostensibly.

The concert will take place on June 13 at the NMMU South Campus auditorium. The show starts at 19h30, tickets can be purchased at the door. Adults: R65, Pensioners: R50, Students: R20 and Scholars: R15. 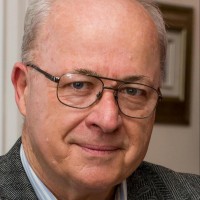 Armed Robbery at Cotswold Educational Institution
Next Post: Those Old Codgers and Their Vintage Cars Make me Smile