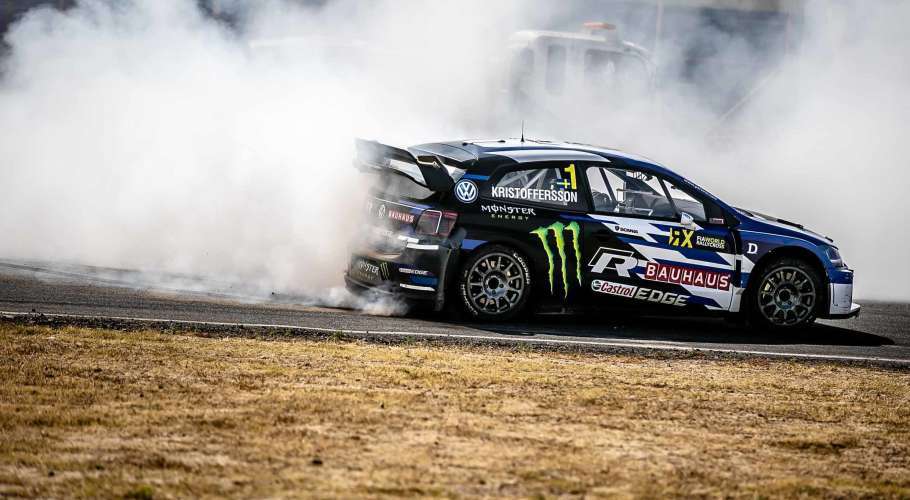 Killarney – Continuing the form that has seen the 29-year-old ace take two consecutive World RX Drivers’ Championship titles, and win every race this year except for one (round three in Belgium); Sweden’s Johan Kristoffersson romped to victory at every wheel turn at the 2018 World RX of South Africa. In all, Johan was one win short of a perfect score weekend – netting three qualifying race victories – ranking him as top qualifier overall – followed by a semi final and final victory at the Killarney Raceway in Cape Town.

“What can I say? Winning is what we are here for,” said Johan about the victory. “This win really means a lot – and I know I’ve said that every time I’ve won a race, but it’s really true! When you come to the last race of the season, it’s really important to go to the winter with a win. We all know you’re only as good as your last result, so to start round one in 2019 off the back of this is nice.”

Talking more about his incredible year, Kristoffersson revealed one disappointment.

“Winning 11 from 12 is really nice – makes me a little bit frustrated about [World RX of] Belgium where [Sébastien] Loeb won – but that 100 per cent record gives us something to work towards next year!” joked the champion. “To make nine wins in nine races is also something special for me. I remember watching Sebastian Vettel winning the last nine races of the 2013 [Formula 1] season and just thinking how incredible that feeling must be, to have so much success in one season. And now I have done just that. Unbelievable. I will never forget this season, it’s such a special one.”

Unfortunately for teammate Petter Solberg, his run of 2018 bad luck continued in South Africa, despite blistering performances throughout the weekend. Qualifying fourth overall, Petter went on to win semifinal two and lock out the front row of the event’s main final alongside Johan. However a spin, and contact with rival Timmy Hansen, on lap two of the final ended the triple world champion’s charge. Solberg didn’t quite leave Cape Town empty handed though; he grabbed the last available Monster Energy Super Charge award of the year with his lightning reactions at the start.

“It was quite a long shot for me to make the silver medal this weekend and in the end it wasn’t possible,” said Solberg. “That’s kind of the way the season has gone for me. I’m really happy that I’ve been able to show such good speed through this weekend. It’s true that the start of the event was a little bit difficult, not having the cars here on time made it quite stressful, but Pernilla and the rest of the team did a fantastic job in getting everything ready in such a quick time.”

“It was a bit like a rally from the old days, continued Solberg. “We had to make everything ready in really quick time – and we have good experience and a lot of success in rallying to help us through this situation. I really wanted the win here this weekend. Like Johan says, to go to the winter with the win is a special feeling. Like the rest of my season, it just didn’t work out as I wanted it to. But, I must say, when I think back to the middle of the year, when I was struggling to get fit – I am coming back so much stronger now. I want next year to start next week!”

The wheel-to-wheel action in South Africa isn’t over for Johan and Petter yet. The PSRX Volkswagen Team Sweden duo are gearing up for a full throttle attack on the 2018 Gymkhana GRiD Finals, set to go live next weekend in Johannesburg. Check out http://www.gymkhanagrid.com/ to read all about it. 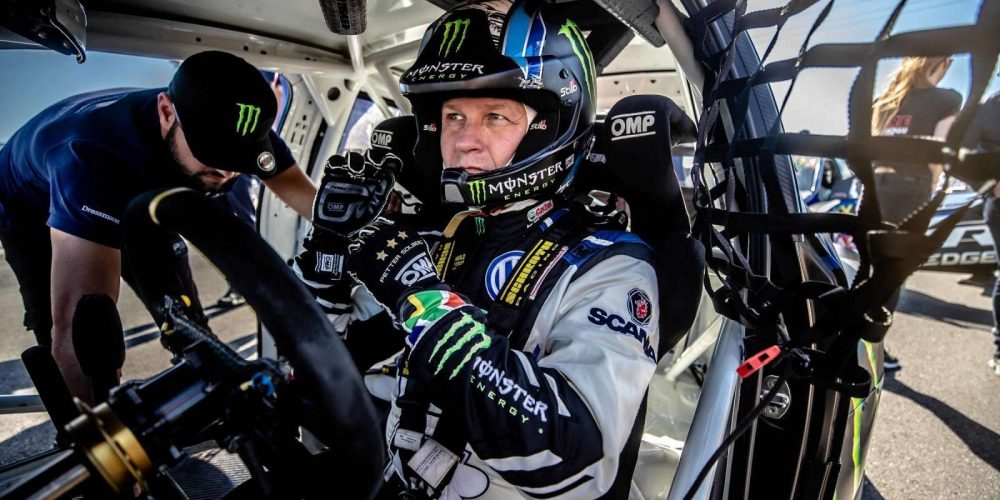